The Netherlands can boast of having an extended mobile network all around the country, but you may still come across KPN bad signal in some places. This problem is not as terrifying as it may seem though, and it takes one action only to solve it.

If you find it problematic to talk on the phone indoors and would like to boost KPN signal, you can simply buy special equipment - mobile phone signal booster KPN – and all your troubles will be gone once and forever. There are plenty of KPN signal booster for home sets at Myamplifiers, and all of them will be working perfectly with other providers in The Netherlands, which is a great advantage in terms of saving your money.

KPN mobile phone signal booster seems to be a great way to get rid of KPN bad signal, so don’t miss out special offers from Myamplifiers. Here you can find any device that will fit every taste: devices for improving GSM signals, or 3G signals, or 4G/LTE signals, or all of them. KPN signal repeater is not locked to a certain provider, meaning you will be able to use it with any mobile operator in The Netherlands. KPN repeater devices don’t have restrictions on a number of simultaneous users as well. Overall, it a practical and easy-to-use tool that won’t require a lot of effort to be installed.

What can explain your bad mobile connection at home?

The Netherlands has created an immense mobile network, with KPN phone signal reaching all the corners of the country and targeting lots of subscribers with their services.

Such problems, when they occur, can be explained by several matters. KPN mobile coverage is being improved constantly across The Netherlands, but sometimes different areas in the countryside suffer from lack of base stations set up there, causing irregularities in signal transmittance. KPN mobile internet is also often a victim of mobile operator’s deficiency of technical resources. Having read that, you may be surprised to find out that even big cities may face KPN signal issues, as KPN signal can be blocked by constructions, vegetations and other obstacles, thus not reaching its final destination and failing to provide mobile connection.

That is when KPN home signal booster races to rescue your mobile signal.

What is the working process of KPN mobile signal booster?

Mobile phone booster KPN is the right solution for people who have faced KPN signal problem and therefore want to be done with KPN poor reception. Myamplifiers suggests you various KPN phone booster sets as an ally in combating this problem.

KPN signal booster box, two antennas (outside and inside), two cables, and a power source are basic components of any booster set. The working principle of the device is pretty easy to grasp: the outside antenna is designed for receiving KPN poor signal and conveying it to mobile phone booster KPN, where the signal is processed, boosted and circulated in the inside space.

Mobile signal booster KPN is extremely easy to set up and manage, as no time, effort or any technical background are needed for that. The most vital thing you will need to manage when installing mobile phone booster KPN is locating the right place for the outside antenna for it to be able to receive the signal.

What KPN network signal booster will you require?

Having launched the business in 2001, MyAmplifiers is now operating on an international level. If you are annoyed with KPN poor signal in house, just contact us and will solve your problem by selecting the suitable KPN home mobile signal booster for you.

Note: information on KPN frequencies is taken from public sources. MyAmplifiers.com thoroughly monitors its relevance and guarantees 97% accuracy. However, if you have any doubts concerning the compatibility of a specific booster model with KPN frequencies in your region, please, contact our managers. 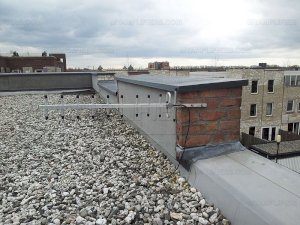 I live in the suburbs with KPN poor signal, so I had to boost mobile phone signal at home

Living in the suburbs of the city I suffered from KPN poor coverage. I'm grateful to my neighbour who recommended me the MyAmplifiers web store. Having installed the gsm repeater I've improved the signal from 2 to 5. Hope my photos will be useful for you.