Do you still experience Vodafone mobile signal problems? Use a Vodafone phone signal booster and never hunt for a signal again!

None of network providers can avoid issues with mobile signal coverage and the Irish Vodafone network is not an exception. A cell phone signal booster will permanently solve your reception problems.

Mobile phone signal boosters are developed to amplify poor Vodafone signal in your house, office, any commercial buildings and other obstructed areas that receive poor service. MyAmplifiers proposes different models of Vodafone signal booster for home which are compatible with other providers’ networks in Ireland. Thus, you are not obliged to buy a new booster after changing the provider. Your Nikrans booster will continue getting you a stronger signal.

Vodafone mobile phone signal booster is designed to address Vodafone bad signal for calls only, or calls with 3G or 4G/LTE. If you need a device that would work with any provider and signal type, you’d better choose a Vodafone signal repeater. It provides simultaneous support of multiple users, safety and simplicity in operating without any further maintenance and what is most important is compatible with the other networks.

Urban and rural areas in Ireland can benefit from an exhaustive range of mobile network services with Vodafone phone signal generally reliable on its entire territory. Vodafone, along with Three, Meteor, Tesco is one of the leading providers in Ireland. All of them deal with the basic mobile service standards such as GSM, 3G, 4G/LTE. Vodafone service is hands down one of the most demanded and widely used networks in the country. However, the customers still experience Vodafone signal problems.

Vodafone phone service operates at all major Vodafone frequency bands, i.e. 1800 for GSM phone calls, 2100 for 3G Internet, 1800 and 2600 for LTE/4G Vodafone Internet. When you live in a city, it’s easy to forget that not everyone in Ireland enjoys great Vodafone mobile coverage. Some rural areas have little to no coverage at all, especially when it comes to Vodafone mobile internet. Unfortunately, many villages happen to be located on the edge of the provider's coverage area and there are no other towers to hop to, so they start to experience degraded Vodafone reception. Though, Vodafone signal issues are not that rare as well. If your flat or office is situated in the basement or on the contrary on the highest floors of the buildings, you may often see just one bar on your phone screen. That’s when Vodafone home signal booster is so needful!

How to use Vodafone mobile signal booster

All Vodafone phone booster sets at Myamplifiers are equipped with the necessary component pars and are ready to install and use.

Simplicity in use and installation are among numerous advantages of the mobile signal booster Vodafone. All you need is to find a place for an outside antenna and connect it to the mobile phone booster Vodafone with a cable. And it will work!

MyAmplifiers has been in the industry of cell phone boosters since 2005. We have developed and successfully distribute Vodafone home mobile signal booster systems in Ireland and other countries of the globe. Our customers are both residents of the major Irish cities (Dublin, Cork, Limerick, Galway and others) and rural regions who rely on MyAmplifiers in solving Vodafone coverage problems.

If you encounter any problem with your Vodafone poor signal in house or office, don’t hesitate to contact

Note: information on Vodafone frequencies is taken from public sources. MyAmplifiers.com thoroughly monitors its relevance and guarantees 97% accuracy. However, if you have any doubts concerning the compatibility of a specific booster model with Vodafone frequencies in your region, please, contact our managers. 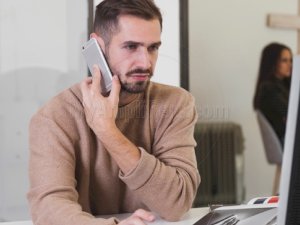 Without a phone booster for house I couldn’t make or receive a call because of Vodafone signal problems!

Living in a basement room I had Vodafone poor coverage. A gsm repeater seemed to me the only worthy solution. Now Vodafone signal issues are sorted out. Thanks!