Have you experienced poor Lycamobile coverage at home or at work? Although Lycamobile signal problems may arise quite often, there is a simple way to solve them – the only thing you require is a mobile phone signal booster Lycamobile.

The Lycamobile network signal booster represents a performant system aimed at making Lycamobile reception strong and as such phone connection steady. Nearly each Lycamobile signal booster for home is a multipurpose model working also with other British or Irish networks as well as networks in the EU.

MyAmplifiers offers a wide selection of mobile phone signal boosters Lycamobile in the UK. All presented Lycamobile signal boosters for home differ in the frequencies they work on, coverage area and the type of signal they intensify — GSM calls, 3G and 4G/LTE Lycamobile Internet or all-in-one solutions. Thus, you’ll surely find a the most fitting option for yourself.

The cause of a weak phone signal?

A solid mobile network has been developed in the United Kingdom and Ireland. Most of the time it ensures good mobile connection. In city areas with considerable population Lycamobile network is of good quality provided by a large number of base stations across the country. Connection problems in Lycamobile service could happen if the phone users live in remote areas or work or live in the basement.

As a mobile service carrier Lycamobile uses principal frequencies in Europe — 900 / 1800 MHz for calling, 2100 MHz for 3G and 800 / 2600 MHz for 4G/LTE signal. The majority of Lycamobile signal repeater models also support Three, O2, EE, Tesco Mobile and other networks in the United Kingdom. All you require to successfully boost Lycamobile signal is to pick up an appropriate Lycamobile signal booster box. MyAmplifiers team is here to help you to do it! In case you are struggling to improve your Wi-Fi network, take a look at Lycamobile, O2, Three wifi signal booster sets for all UK networks.

What should I use Lycamobile phone booster for?

The Lycamobile signal booster picks up even the weakest signal procured by the nearby Lycamobile cell tower, enhances it and afterwards distributes this boosted signal around. Every Lycamobile repeater comes complete with the accessories (necessary antennas and cables), so the solution is prepared for use.

The principal benefits of Lycamobile phone booster are the following: non-restricted number of users supported at the same time, wireless connection for the phones in its coverage area as well as various automatic functions, to name a few. The setup process won’t take much time and effort. You’ll need no posterior configuration or maintenance of your Lycamobile data booster. The devices are 100% safe, that has been CE and RoHS certified.

Thus after you set up the ordered signal booster for Lycamobile you’ll get better reception quality together with stable phone connection, dependable 3G (4G/LTE) mobile Internet.

Which Lycamobile signal booster suits me?

Starting from 2001, MyAmplifiers has been there helping customers in Ireland, United Kingdom and other world countries to improve a mobile phone signal. We have many GB users from London, Glasgow, Birmingham, Liverpool, Leeds, etc. Join those who’ve already resolved their Lycamobile poor reception issues with MyAmplifiers!

The best way to get sustainable assistance right now is by contacting our sales managers. 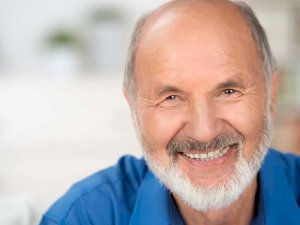 How I managed to master my Lycamobile signal problems thanks to GSM booster UK Lycamobile.

My parents moved to another country, and now I need my cell phone to talk to them a lot. And at the same time I changed my internet provider to Lycamobile because they moved away and we didn’t need the old tariff that we used all together anymore. And I found out a pretty upsetting thing: there are Lycamobile signal issues at my place. 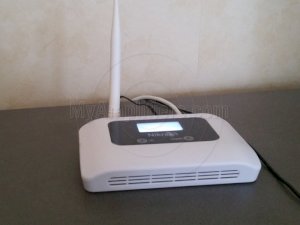 Every room in my apartment now has perfect signal, and I am very happy about that. This booster model also has a display that shows the parameters, which is very convenient, and it also showed me instructions while I was assembling it step by step. This function truly cannot be overestimated. I don’t have to do anything to it.