The network of the Swedish Three encounters problems with a mobile signal, though as any other provider. However, there exist successful solutions to avoid them.

A booster for a mobile phone signal is the best way-out. This advanced device will be indispensable in case you have to boost Three signal in your house, office, car or any other closed area with an unstable signal. All the models of Three signal booster for home proposed by Myamplifiers can be used with the main Swedish networks. That doesn’t mean that you’ll have to buy a new device after having changed your provider - Nikrans booster will still continue improving youк mobile coverage.

A wide variety of signal booster models gives you the possibility to select an appropriate Three mobile phone signal booster and thus enhance the Three bad signal for calls only, or calls with 3G or 4G/LTE. If you are searching for a solution suitable for all networks and types of a signal, Myamplifiers draws your attention to an Three signal repeater which has many advantages. The Three repeater provides simultaneous support of multiple users; it is compatible with any network, very simple and, what is more important, safe in use not requiring at the same time any maintenance.

What causes a weak phone signal?

Sweden provides its citizens with a considerable variety of mobile network services, so that cities and rural areas normally receive a good Three phone signal. As Three (3) Tele2, Telia, Telenor are listed among the leading providers in Sweden. GSM, 3G, 4G/LTE are within the main mobile service standards provided by these companies. Three service is regarded as one of the best and expanded networks in Sweden. But Three signal problems still persist.

The Three frequency ranges used by Three phone service works are 1800 for GSM phone calls, 2100 for 3G Internet, 1800 and 2600 for LTE/4G Three Internet. Most of urban areas benefit from an upscale Three mobile coverage, while the Swedish villages can’t boast to have the same quality of Three mobile internet and phone signals. A remote location in relation to the provider’s antennas or their scarcity in the rural zones may cause the problems with Three reception. Even the cities can have Three signal issues, for example, if you are in underground places or on the last levels of skyscrapers where the signal remains weak. Three home signal booster will cope with these issues.

What is Three mobile signal booster made for?

Myamplifiers proposes to use Three phone booster set which is ready to install and consists of all the necessary parts and accessories. The equipment is composed of two antennas and the Three signal booster box itself. Fix the first antenna outside the house for catching an Three poor signal that comes from the closest cell tower. Install the Three booster box inside the house. It will intensify the signal caught by the outdoor signal and will transmit it to the indoor antenna. Thus the signal will be distributed around the house.

The mobile signal booster Three is really easy in use and installing. Just find an appropriate place for fixing an outdoor antenna and connect it to the mobile phone booster Three using a cable. The installation is over.

MyAmplifiers has been specializing in devices improving signals since 2005. Our company brings Three home mobile signal booster to the market of Sweden and other countries of the globe. Our customers are people from the main Swedish cities, i.e. Stockholm, Gothenburg, Malmö, Uppsala and others where the problem with the Three network remain frequent.

Still have Three poor signal in house or at the working place? Let us sort it out - contact us.

Note: information on Three frequencies is taken from public sources. MyAmplifiers.com thoroughly monitors its relevance and guarantees 97% accuracy. However, if you have any doubts concerning the compatibility of a specific booster model with Three frequencies in your region, please, contact our managers. 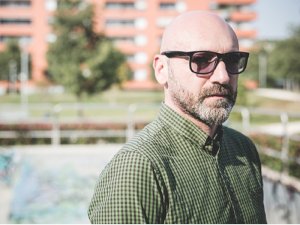 My café situated in the basement used to have Three signal problems before we installed Three home signal booster.

The installation of the amplifier took only 20 minutes and the working process is very simple but effective. As soon as you plug it into a power supply the repeater starts to boost the signal. A few weeks were enough to feel the difference regarding my business. Now I know that my success is under secure protection. 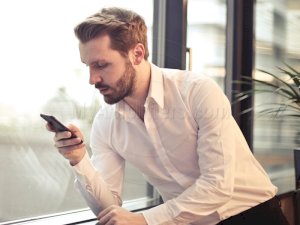 Thank you for your cool Three boosters that has solved my Three mobile signal problems.

Though I see that my problem was quite a usual one for many MyAmplifiers clients, I still want to tell it and to express my sincere gratitude to MyAmplifiers team and especially for the girl from its support team that was so helpful when I really didn’t know which model of these devices could be the most appropriate variant for me. So, as I have already mentioned, my story is very usual. 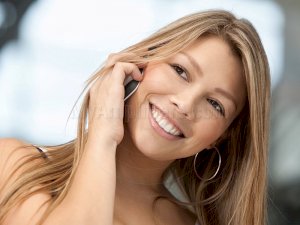 Get a 3 booster as I did, and do not suffer from Three signal problems!

I was on the search for a signal booster that would exclusively work with 4G/LTE Internet, as this seemed to be one of the biggest Three signal issues. I have to say that I am quite picky even when I’m food shopping in the supermarket. But when it comes to spending more than three hundred euros at once – I have to make sure that everything is perfect.