It looks like today we’re getting irradiated more than ever. Laptops, tablets, smartphones — we simply can’t live a day without something electronic in our hands. Despite being widespread, all these devices make certain impact on human health. Even different kinds of electric appliances we use every day at home are considered to be unsafe.

Let’s look deeper into the issue. What is really harmful and what is not?

All those blenders, washing machines, etc. really create some magnetic field affecting our organism. But the strength of emissions is different and depends on the kind of appliance. According to scientific research vacuum cleaners and microwaves are among the most irradiating home appliances. At the distance of 30 cm they create alternate magnetic field of 2-20 and 3-8 µT correspondingly. So it’s not recommended to stand close them while they’re working. Then go electric shavers, hair driers and washing machines. Radiation emissions of other electric appliances are hardly noticeable for our health. 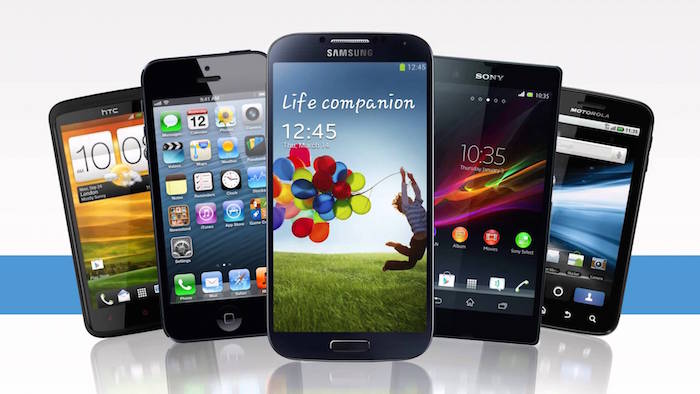 Mobile phones are said to be harmful for human body, they supposedly affect our brain activity and even can cause serious illnesses like cancer. Mobile phone producers deny this information while numerous researches contradict their argument.

Emissive power of a cell phone is different depending on the conditions of signal reception. When the signal from the base station is low and weak, radiation emissions can reach 2W, when the coverage is good they decrease up to 0, 01W. The maximum radiation power is emitted during mobile conversations and connection establishment. You can notice it according to the speed of phone battery recharging.

According to the Federal Communications Commission (FCC), the radiation limit from cell phones must not exceed 1.6 watts per kilogram (1.6 W/kg). Also, you might be interested in seeing a database compiled by The German Federal Office for Radiation Protection (Bundesamt für Strahlenschutz) containing the list of the most popular new and old smartphones with the level of radiation they emit.

Here is the list of the latest smartphones of 2020 with the highest radiation emissions:

And here are the smartphones 2020 with the least radiation level: 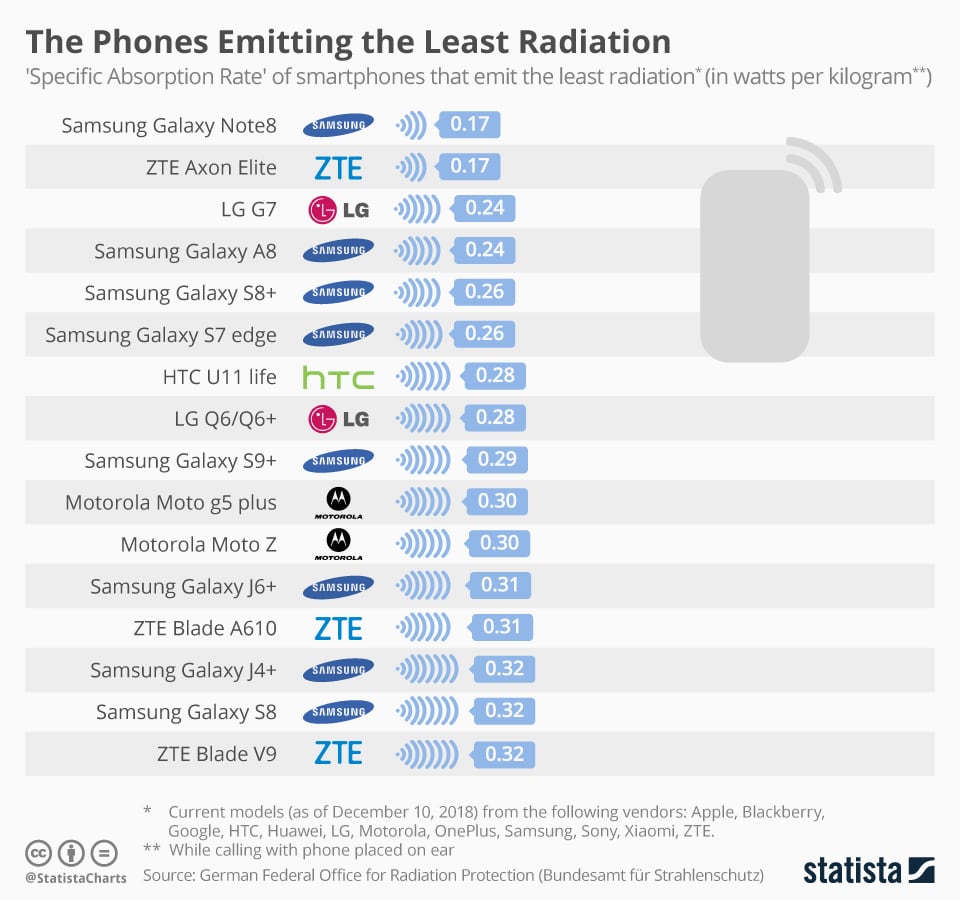 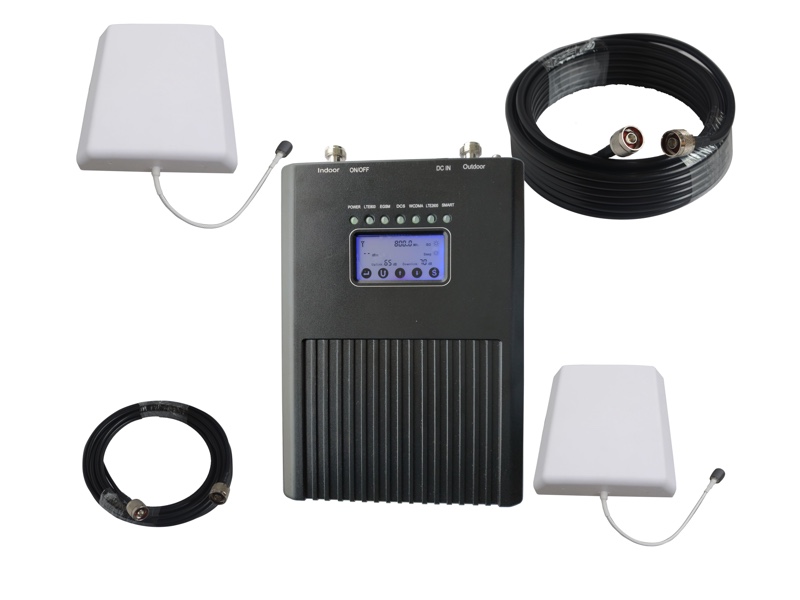 Probably mobile phone boosters are strongly associated with additional radiation emissions because they are not very spread. Research proves that this fear is rather exaggerated. Emissive power of a mobile repeater is 0,1W, just like of an ordinary radiophone we have at home. By the way, the power is divided between a few antennas, which are placed at a considerable distance from the user.

Today it’s a proven fact that cell phones emit radiation heavily in zones with low mobile signals. The latest data has been published by the California Department of Health, according to which using cell phones in areas with weak reception can result in microwave radiation emissions that are 10,000 times higher than in areas with strong reception. The same information is confirmed by the Center for Family and Community Health at the University of California Berkeley's School of Public Health. They say that the difference between weak and strong signal reception conditions was at least two orders of magnitude higher for 73 percent of the smartphones tested. The experts insist that people limit using smartphones in elevators, basements and any other places with poor coverage. Unfortunately, this is not always possible, especially if it’s your home or working place where the signals are weak. That’s where mobile phone signal boosters come to help.

Apart from low emissions a cell phone booster reduces radiations coming from a mobile phone. The purpose of a repeater is to amplify mobile signal in a certain area. Since a mobile device emits heavily in the absence of a strong signal it has emissive power of 2W out of the city and 0,6W in the city. After installation of the booster a mobile phone starts receiving good signal and its emissive power becomes as low as 0,01W. As a conclusion, a mobile booster normally decreases radiation emissions by 60 and out of the city by up to 200 times!

We can hardly imagine a day without a mobile phone, so we cannot escape everyday radiation consumption. But why not to decrease it if it’s really possible? 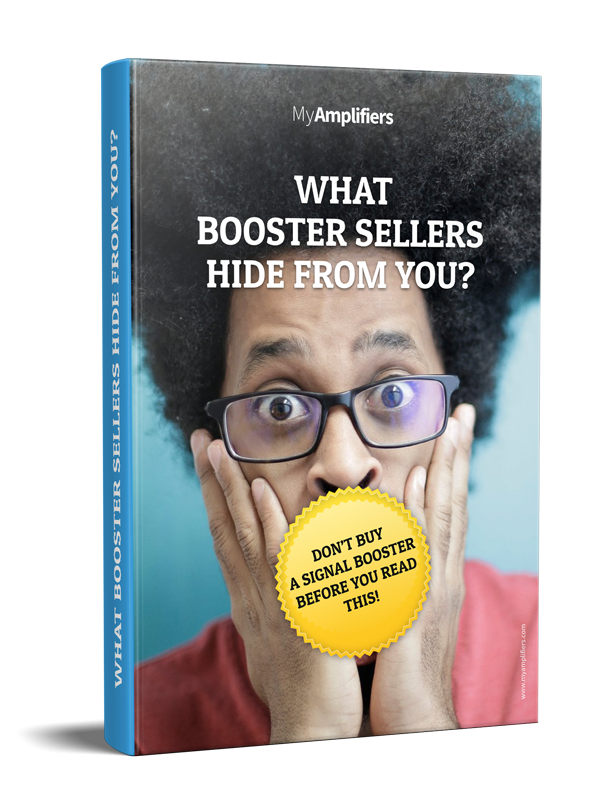 Have a nice connection with mobile repeater by AnyTone

It’s time to stop suffering from weak gsm and 3g signals! It's annoying and even shameful for a modern person to have problems with cell phone reception at last! You might really don’t know that the solution for the cell connection problem was invented long ago and many owners of mobile phone and 3G devices have already started enjoying it.

How Do I Choose the Best 3G Signal Booster for My iPhone?

Apparently the best thing that I've come up with was to seek the help from you. I'm Patricia and I have an iphone. That's a new 'toy' for me and I'm not quite learned how to use it and I'm not fully aware of all its functions. But there are some problems and I don't like them. First of all it's a bad signal and there is just one bar on iphone.

Why does my phone keep dropping calls?

In today's world, all of us are dependent on our phone's more than ever and we could hardly pass our days without them. But sometimes even our reliable phones fail to give us good service and we face many frustrating problems.

Which is the best mobile phone repeater for about 100 m2 house?

I'm looking for a professional suggestion or opinion about the best repeater for me. Some months ago I've decided to go to the country where I've purchased a small lodge and like to meet the friends of mine there during the hunting season and summer time. Everything is wonderful in my place – forest, fresh air. But the quality of GSM signal is not so good as I desire.

How to get better work of external antenna in AT 4000 3G booster by AnyTone?

Hello. I've got a question about the work of my AT 4000 wireless phone booster external antenna. I purchased this awesome device a year ago and I’m really happy about its effective and no-failure work. Due to it I've forgotten about constant failures and bad connection, so my Internet surfing gives me a lot of pleasure and bright moments in the World Web.

Amazon is considering becoming a mobile operator in the US NEW

Which mobile amplifier will be more efficient for the house of 100 m2?

Hey there! I need a professional advice on the area I live in and the quality of cell phone connection there. I live in the house about 100 m2 rather far from base mobile station judging by frequent losses of mobile signal and bad quality of 3G connection as well. May be you have any recommendations...?

It is great that we have a possibility of making calls and texting messages wherever and whenever we want. That is what we call the technology of the 21st century. However, many times you might have had irritating experience of an inability to talk on your cell phone because of poor signal in the so-called "cellular dead zones". What is the way out of the problem and is there any?