Other provider or coverage? Select here.
Indendørs dækning: 150 m²
1 Band ‌3G
Leveringstid: 3-7 arbejdsdage
All our signal boosters are shipped by express delivery services like DHL or FedEx that ensures a quick arrival of the ordered booster directly to your home or office address. Shipping usually takes 3-7 business days.
30 DAGES returret
Client's satisfaction comes first! You can return or replace your booster set within 30 days from the delivery date.
3 ÅRS garanti
If you have a problem, it's our problem! You will get free repair of the booster and its accessories during 3 years from a purchase.
Lowest Price Guaranteed
We do our best to provide the possibility to buy boosters at the most attractive and pleasant prices. If you find our devices at a lower price, we will match it.
Hent Brugerguide
Hent datablad
Stil et spørgsmål

Nikrans NS150 3G is designed to boost weak 3G signals from the base mobile station. The amplifier model is highly effective for small indoor areas such as offices, studios, small private houses, cafés, etc. and boosts 3G coverage over 150 m2 (1600 ft2).  The working frequency of NS150 3G is 2100 MHz, which permits only sending and receiving 3G data but is not supposed to make cellular voice communication better.

Nikrans NS150 3g cell booster meets all the requirements of modern technical standards. The device has the international CE and RoHS certification and a two-year warranty.

Order this 3G amplifier and get speedy mobile internet in your area!

NS150 3G amplifier is very easy to use. The device installation won’t evoke any problems as well. The process takes 15-20 minutes and doesn't require special technical background or qualifications. After the installation the booster starts amplifying signal automatically just in 5-7 seconds.

This amplifier for cell phone is a proven method to extend a coverage zone of 3G signal and improve 3G mobile connections effectively!

Our Professional Support Team is always ready to answer all your questions.

Have read till the end? Get a gift!

Here is your 15€ for any booster at Myamplifiers. 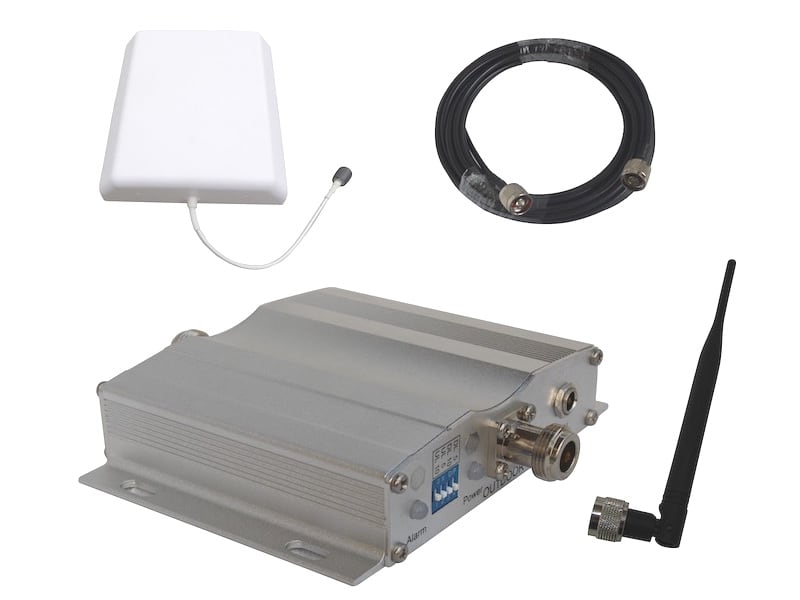 This booster has been bought for Denmark 3 times today.