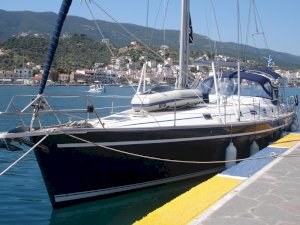 I got perfect marine Internet connection with an amplifier for boats!

A lot of people who like sailing know that some mobile signal problems are practically inevitable. When you are near the coast, everything is quite okay, but when you go even a little bit farther, marine Internet connection is poor, quite often you can’t use the mobile services that are usually available for you. Yes, such a situation is quite understandable. And I was ready to tolerate with it. But then one friend of mine, who went sailing with me, complaint that we couldn’t send a photo in some messenger. I was rather surprised that he had even tried to do it as we were in the sea. In his turn, he was surprised that spending so much time on board I still hadn’t installed any marine cell phone booster with a view to stay in touch with other people.

I had never heard before about such devices, nevertheless, I decided to look for some information about them. On MyAmplifiers web site, I found a cool device that can work with all mobile services providers in Greece and that can improve GSM, 3G and sometimes even 4G mobile signals. At first I had some doubts about the effectiveness of this marine amplifier but after I installed it I noticed the difference just immediately. So now I have a stable marine Internet connection.

I think it is nice to have such a marine cell phone booster on board as it significantly facilitates my communication while I am sailing. Thank you, MyAmplifiers!

LCD-500GW phone boosters for cell phones gives us an opportunity to use mobile services at home without any NATCOM signal problems!

Greetings from Haiti! MyAmplifiers, thank you so much! Thanks to the mobile signal booster that we’ve ordered on your web site, NATCOM poor coverage is not an obstacle for us anymore. We can stay in touch with other people and we can use our mobile phones at any moment we wish.

Booster for mobile signal helped us avoid Airtel signal problems and negative impact on our activity.

Our smartphones could catch only a very weak Airtel signal on our farm. That’s why we needed to find a solution as our business depends on reactivity! And for us a mobile signal booster became an excellent solution.

Lebara Mobile signal problems in my apartment - it was so exasperating!

Dear MyAmplifiers team, please, receive my warm greetings from Germany! Thanks to your assistance and your high quality devices not only I but also some my friends have managed to overcome Lebara Mobile signal issues! Due to the building peculiarities (at least we think that it is a real reason), we used to suffer from the consequences of poor coverage in our apartments.

Do not risk your job because of Sure Mobile signal problems.

Since I’ve changed my working place, my needs have changed too, because the requirements changed as well. And now I needed to be able to always keep in touch. And there were some kind of Sure Mobile signal issues at my place from time to time, probably because of the landscape and other houses around, but it’s hard to say now.